Mr. Chavez is in his 2nd year teaching English at the Critical Design & Gaming School. Prior to this he spent the last 5 years working as a Substitute teacher and teacher's assistant in and around South Los Angeles. He holds degrees from UCLA and UCSC.

His family, originally from Mexico and Guatemala, migrated to South Los Angeles in the late 1970s where his parents found work in the garment industry. Outside of the classroom, Mr. Chavez is part of a collective that organize and facilitate traditional music workshops at community spaces across Los Angeles and work toward building international mutual aid networks through music. 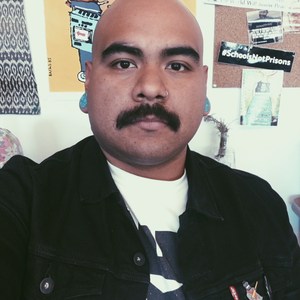