Ransford Doherty has built a solid resume and reputation for himself since arriving in Hollywood. His previous credits include several recurring roles on network television shows, including THE CLOSER, JONAS, LAS VEGAS, and JOAN OF ARCADIA, and in two action web series CARIBE ROAD and SAFETY GEEKS: SVI. He’s also made numerous appearances on top-rated shows, including TOUCH, CASTLE, THE OFFICE, BONES, GIRLFRIENDS, WIZARDS OF WAVERLY PLACE, and ER, just to name a few. Doherty has also appeared on the big screen, most notably in the films HOSTAGE, opposite Hollywood heavy-weight Bruce Willis, and in SOMETHING LIKE A BUSINESS, alongside Kevin Hart.You can currently catch Ranford Doherty on TNT’s highly acclaimed series MAJOR CRIMES, as C.I. Kendall. When the acting business slows down, he utilizes his BFA in Theatre Performance from Longwood University and Masters in Special Education from National University as a Special Education teacher at Augustus F. Hawkins High School. He is also the Brand Ambassador of the non-profit Winning At The Money Game which teaches financial literacy through the game of basketball to elementary, middle and high school student.  Be on the look out of his upcoming book 'Dear Starving Artist, Get Something To Eat!' in 2018. 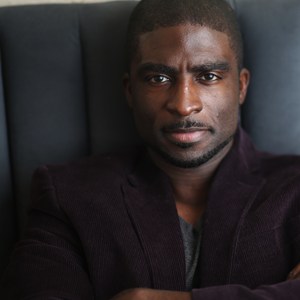